We are an independent grain distillery based in Battersea, London. We are the first, and currently the only, distillery in London that makes their spirits from scratch.

Doghouse Distillery is an independent, grain distillery based in Battersea, London, and was established in 2016 by Braden and Katherine Saunders. Whilst running Brisbane’s first Micro Brew Pub in Australia, Braden and Katherine got to know some local breweries very well, doing collab brews etc. and Braden’s interest grew in the production process and started thinking about the spirits industry.

In 2015 Braden attended the Craft Distilling Conference in Louisville, Kentucky and met lots of amazing distillers who inspired him further to build a distillery! Doghouse is London's only full turnkey vodka distillery. It comprises a 2,000L brewery, 1,500L Copper Pot Still and 21 metre Copper vodka fractionating column, making it capable of producing spirits from scratch across a multitude of categories. This is not common and shows their dedication to quality and provenance as an English manufacturing business.

The company and its culture are heavily inspired by music, particularly live music, and the brands reflect this love giving them an unconventional and identifiable edge that sets them apart from the rest. 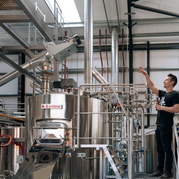 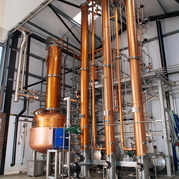 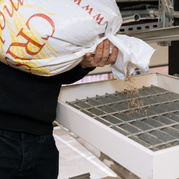 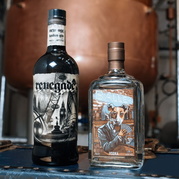