Seaweed: Why You Should Be Eating The Superfood Of The Sea 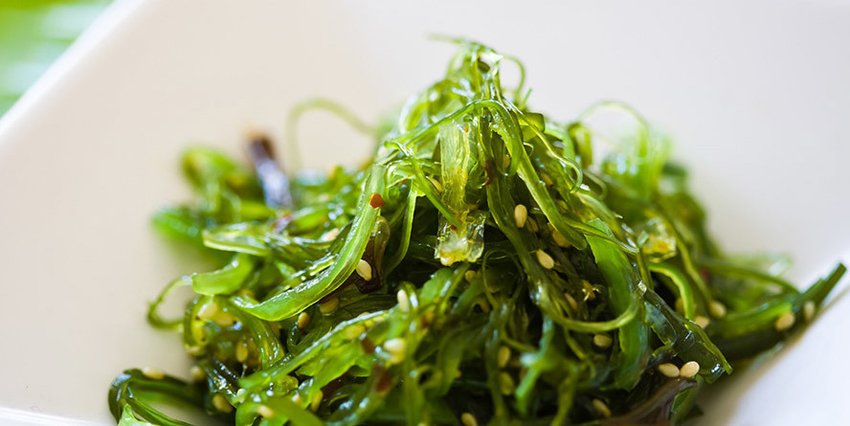 Japanese cooks have been indulging in seaweed's nourishing and savoury bite for years. It has taken a celebrity chef, though, to put it centre stage in the UK. Jamie Oliver claimed recently that the 'superfood' had played a vital role in his successful diet. During the research for his latest book, Oliver was particularly impressed by a visit to a Japanese town where residents eat 200g of seaweed a day and enjoy an extra-long life span. He predicts — and he’s usually right — that in ten years time, we'll all be eating seaweed.

There are many different types of seaweed, or sea vegetables, but the most popular tend to be dulse, wakame, sea spaghetti, kelp and nori. The British Isles has 700 species of seaweed, about 20 of which are considered edible. Being local, natural and easily foraged — if you know what you are looking for — it certainly ticks a lot of boxes for trendsetting chefs. Since 2015, there's even been a summer festival dedicated to the stuff in Clovelly, North Devon.

Dried it has a light, crispy texture and a concentrated umami flavour ranging from nutty truffle to bacon. When eaten fresh or hydrated, seaweed has a tender-to-chewy texture and slightly salty, seafood-like taste.

Seaweeds all have wonderful, savoury, flavour-enhancing properties so they taste good with pretty much everything...

Seaweed can be used fresh or dried, and is uplifting in salads, stir-fries, sauces and soups. It can also be ground up or bought as flakes and used as seasoning on anything from fish to chicken.

"Experiment," says Atlantic Kitchen's Ruth Dronfield. "Seaweeds all have wonderful, savoury, flavour-enhancing properties so they taste good with pretty much everything."

Heat a dry frying pan until it’s very hot. Place Atlantic Kitchen's organic dulse leaves in the pan and wait around 90 seconds or so, then remove. Allow to cool then crunch away.

Alternatively, these shards add a smoky bacon flavour to scrambled eggs and cheese scones or can even replace the meat completely in a veggie BLT.

Whip up a tasty sea spaghetti:

Boil Atlantic Kitchen's organic sea spaghetti in a pan for 15 minutes and serve with anchovy, garlic, chilli, olive oil and lemon. This mild-tasting seaweed has a satisfying al-dente texture and readily absorbs the flavours from other ingredients in the cooking pan. It can be combined with pasta, such as tagliatelle, or used in an Asian-style salad with grated ginger, carrots, red chilli and a sesame oil and soy dressing.

Give green salads and smoothies an extra nutrient boost:

Hydrate Japanese wakame leaves for a few minutes in warm water, then drain and add to an iceberg salad with avocado and young garlic leaves, in season. Or blend with coconut water, berries and spirulina to make a highly nutritious smoothie.

Seaweed is packed with minerals, vitamins and antioxidants such as vitamin K, B12, calcium, magnesium and iron. It also provides vegetable protein and fibre and is rich in iodine, which helps to maintain a healthy metabolism and thyroid function.

In early 8th-century Japan the seaweeds kelp, nori and wakame were noted as forms of taxation in the Code of Taiho.

Nick Wyke is a Times journalist and food writer responsible for developing a range of creative and interactive content from commissioning food and wine video series, building communities through social media, and organising live cookery hangouts. His work at Times Food across digital platforms has been shortlisted for the Guild of Food Writers New Media Award. He is passionate about colourful seasonal food cooked simply, inspired by Britain's booming food start-up scene and likes his G&T with lots of lime.