In 2006, Robert Corrigan was one of thirty chefs representing the UK at the Terra Madre food conference in Turin. While there, Robert observed that many farmers were unhappy about chefs, hotels and restaurants using mainly prime cuts of meat, while discarding lesser cuts of good meat.

Returning to Scotland, Robert decided the time was right to build on his substantial experience in catering by embarking on a new business making high-quality hand-made pies. He sought advice from renowned producers of Melton Mowbray pies, which Robert considered to be the best in the business, and spent time working at home to perfect their techniques.
Robert experimented with different flour combinations and water quantities, market tested them, and used the feedback to further develop the pastries and fillings. One of the hallmarks of Robert's pies is the crisp, crumbly hot water pastry, prepared with organic flour and superior Italian lard, giving a melt-in-the-mouth experience. Robert has also made it his business to source the finest ingredients, such as outdoor-reared pork from Ramsay's of Carluke, venison from Highland Game and organic flour from Shipton Mill.

Using his own labour and a domestic oven, Robert (Trading as Acanthus Pies) gained word-of-mouth recognition for the high standards of his pies. In October 2011, he shifted the operation to a unit in Newburgh, Fife, and now supplies farmers’ markets, delicatessens and other stockists across Scotland. All products contain fresh ingredients, with no artificial preservatives. True to his original idea, nothing is wasted.

Robert's pies have also been recognised by food professionals and competition judges, keen to celebrate quality, flavour and imagination. In April 2011, Robert's Pork Pancetta and Leek Pie won Gold at the British Pie Awards. In 2012 his Chicken and Ham Pie won bronze at the British Pie awards as did his Traditional Pork in a larger celebration style pie. Robert's pies picked up four awards at the Scotch Pie Club awards in January 2013. His Game Pie won a Diamond Award, along with the McLean Cup for Best Scottish Savoury entered in the competition, as well as Best Food Product at the Scottish Speciality Food Show the same month. In the 2013 British Pie Awards, Robert's Game Pie also won a special award, the Richard III Prize - 'a pie fit for a king', as well as three other awards.

Robert's enterprise has come a long way in a short time, and his range of products now features eleven different types of pie. Robert has mixed his skills, experiences and resources to create a business which is delivering award winning products, giving consumers something unique and tasty, and also making a valuable contribution to Scotland's food and drink economies. Robert is a member of Scottish Bakers, Scotland Food, Drink and Scottish Food Guide and Slow Food Scotland. 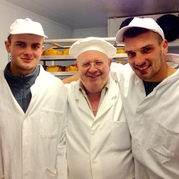 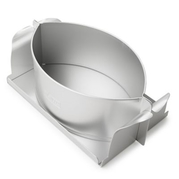 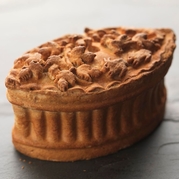 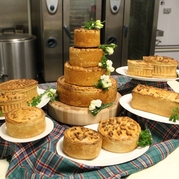 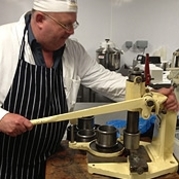 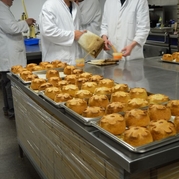 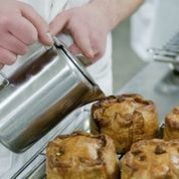 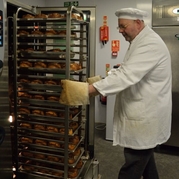 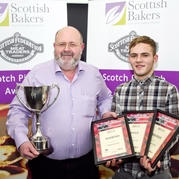 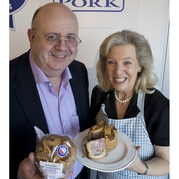 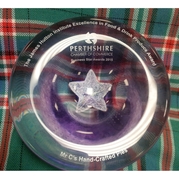 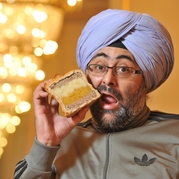